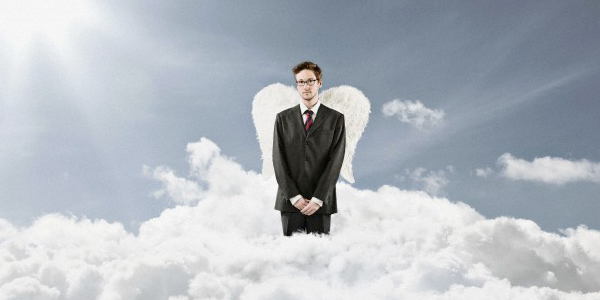 As entrepreneurs, in the initial stages of the startup, we often think that the answers to our problems will come in the form of an angel investor. By definition, angels are high-net-worth individuals who get involved early in the company’s life, bringing capital, sector knowledge and network, and relevant expertise.

Angel investors usually invest anywhere between $20k-$300k and take on 10-30% ownership. They spend some of their time coaching entrepreneurs, opening doors, helping the company build the team and product, participating in strategic decisions.

Not all angel investors are the same

However, not all angel investors are the same. Reality has “expanded” the definition of an angel and many times what we see is well-off folks with no particular value-add (beyond the dough) playing the angel role almost as hobby. This is particularly true in less developed markets, such as Brazil (which I know from experience) and the rest of LatAm. Being rich and successful doesn’t necessarily make someone a good angel.

As an example, a retired C-level executive from a large pharmaceutical company may easily have a couple of hundred thousand dollars to spare and decide to invest in a startup. Why not help a couple of smart kids with a brilliant idea for a new technology or web business? What better way to stay busy and motivated!

The problem is that often these investors often have no idea what they are getting into. They just don’t know the real challenges and risks of starting a company. As time goes by, the product doesn’t launch as planned, the bank account gets thinner, and the investor gets nervous.

Entrepreneurs also get frustrated because they had expected miracles from this angel. After all, he is the older, successful mentor, who’s been there, done it all.

But it turns out the guy you looked up to actually doesn’t know much more than you when it comes to building a tech company from the ground. His rolodex only has contacts of retired people from irrelevant sectors. And as he sees his investment going down the drain, he doesn’t think you’re that cute and inspiring anymore.

Of course, I’m painting a pretty extreme scenario here. But the point is that you shouldn’t necessarily accept the first person who’s willing to invest in you. If the angel investor is not a good fit, it’s better to hold your horses, bootstrap the business a bit further, until you find someone who can actually add value to the company.

Originally posted on the Entrepreneur Academy (NEN). Image: nenonline.tv. See also Time To Start a Company – or Not.

What’s your experience with angel investors? Leave us a comment!

9 thoughts on “Not All Angel Investors Are From Heaven”